Creating a new vision and seeking stability in 2020

It’s been six weeks since I assumed the role of Chair of the Scottish Property Federation. If the early interactions give any indication of the future, then it’s going to be a busy tenure. I have taken huge encouragement from the feedback to my opening address at the annual dinner. It is clear that the twin challenges of social inclusion and environmental sustainability are held high on the agenda of many in our industry.

The Planning Act, which featured so prominently in Miller’s tenure, has now moved into the implementation stage. The SPF has already been involved in Scottish Government workshops to ensure the industry’s interests are considered. Recently, we’ve taken a bit of a curveball in the shape of the Business Rates Bill, which veered back towards the control of local authorities during parliamentary debate. Early 2020 will see some work to be done on this.

Last week, the general election delivered a decisive result. In the early hours following the exit polls, financial markets reacted quickly, suggesting a government with a comfortable majority could bring stability. While it’s too early to say what this means for the property market, there is hope that business in general can plan towards a clearer horizon and perhaps remove some of the uncertainty which has lingered over us.

Looking back on 2019, a number of the indicators for our markets are likely to show it as a reasonable year. However, the anecdotal evidence suggests that the last few months have been sluggish. As the calendar flips to the third decade of the 21st century, I optimistically look forward to what lies ahead. While it would be naive to expect benign political conditions, we perhaps can hope for a little more stability and, in turn, greater certainty to our markets.

On a personal note, I am looking forward to a busy diary that’ll take me from the Moray Firth to the Cote d’Azure, all in the name of the SPF. I hope to see as many of you as possible at the annual conference on 4 March, where we will focus on Building Sustainable & Inclusive Growth. We have an impressive line-up of speakers including Scottish Government Minister Derek Mackay and ScottishPower CEO Keith Anderson.

I hope you all have a very Merry Christmas, and wish you health, prosperity and happiness for 2020. 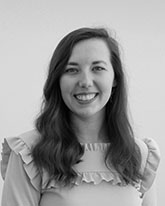 Emerging from lockdown – what landlords need to know

Edinburgh must embrace investment support, not ignore it