Edinburgh must embrace investment support, not ignore it

Profound change is underway in Scotland’s cities - something that’s been all too obvious as we have become accustomed to working from home and shopping online rather than using urban centres as before. We should be in doubt that the task of recreating great destinations for people and key places in our cities will require significant investment from many quarters.  The public sector will simply not be able to fund it all.  And real estate investment is more than ever a global competition.

Businesses planning to invest in cities like Edinburgh must have the confidence to do so. That confidence will be linked to how welcoming government, particularly at a local level, appears by the conditions it creates for investment. In Edinburgh, however, we have missed a prime opportunity to support investors in our built environment.

In 2018, the Scottish Government introduced a new Scotland-wide measure called the Business Growth Accelerator (BGA), designed to help companies attract tenants into new-build premises or redeveloped existing ones. The idea was to incentivise investment by allowing businesses and investors a short grace period of a year before levying non-domestic rates.

Businesses welcomed this incentive to grow or expand into Scotland, creating millions of pounds worth of redevelopments on the assumption that the BGA rates relief would be delivered. Yet while that promise has been fulfilled in many leading local authorities in Scotland, Edinburgh took a different approach in the run up to the pandemic, in effect disadvantaging investors and the businesses they secure.

New data from the local authority shows that since 2018/19 approximately £9.6 million of relief has been given to business across the Capital. This money is drawn down from a Scottish Government assessment of BGA relief of approximately £112m to date. True enough some £6.6m went to Edinburgh Airport to support significant building works but this is surely a poor return for such a key driver of the whole Scottish economy.

The irony exposed by the Edinburgh figures is that where in one instance an office block became a hotel in the city centre, the developers received the relief because they first knocked down the existing building, in another where the developers kept a small proportion of the architectural features of the original building, the relief was denied.

The concern among developers is that the council has not only missed an opportunity to deliver the spirit as well as the intent of the government’s BGA incentive, leaving Edinburgh businesses out of pocket, but that it also sends entirely the wrong message to future investors, particularly those who might fund the restoration of our historic buildings.

Recognising part of the problem, the Scottish Government recently changed legislation on how the £45 million BGA budget should be spent going forward. Yet companies in Edinburgh that missed out since 2018 remain short changed.

That can’t be right. Edinburgh Council needs to back business investors by acknowledging this is a missed opportunity that has left businesses short and work with the Scottish Government to give them the relief they expected from the BGA. If they don’t, it’s time the Scottish Government stepped in to clarify once and for all that Scotland’s cities are open for investment again. 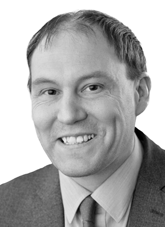 Do we need to do more on residential LBTT to support economic recovery?